A senior colleague uses aggressive words to me.
He always demands me… I don’t want to talk with him, even if he says correct things.
The guy doesn’t probably have good self-evaluation.
Paradoxically saying.

Self-awareness can be seen by the words that one uses.
You can find this fact when you look at your working place with an objective eye.

This Article is for people who
– work with guys who use aggressive words.
– need to cooperate with guys who look like “kind” superficially.
– are interested in what kind of impolite people exist in a Japanese company.

Key message
-If a person genuinely cares for someone, the person doesn’t say “It’s for you! I’m saying this for you!”
-Someone who can’t imagine the opposite situation, the person wouldn’t be respected.

Let’s see the tips of the day!

~Tip#15~ If You Treat Yourself in a Good Manner, You Can Also Treat People in a Nice Way

“Don’t treat me badly.”
This is the author’s rule to have a good relationship with himself.

Treating yourself in a good way makes you confident.
Even if people don’t treat you well, you can protect yourself by believing, respecting, and valuing your being. 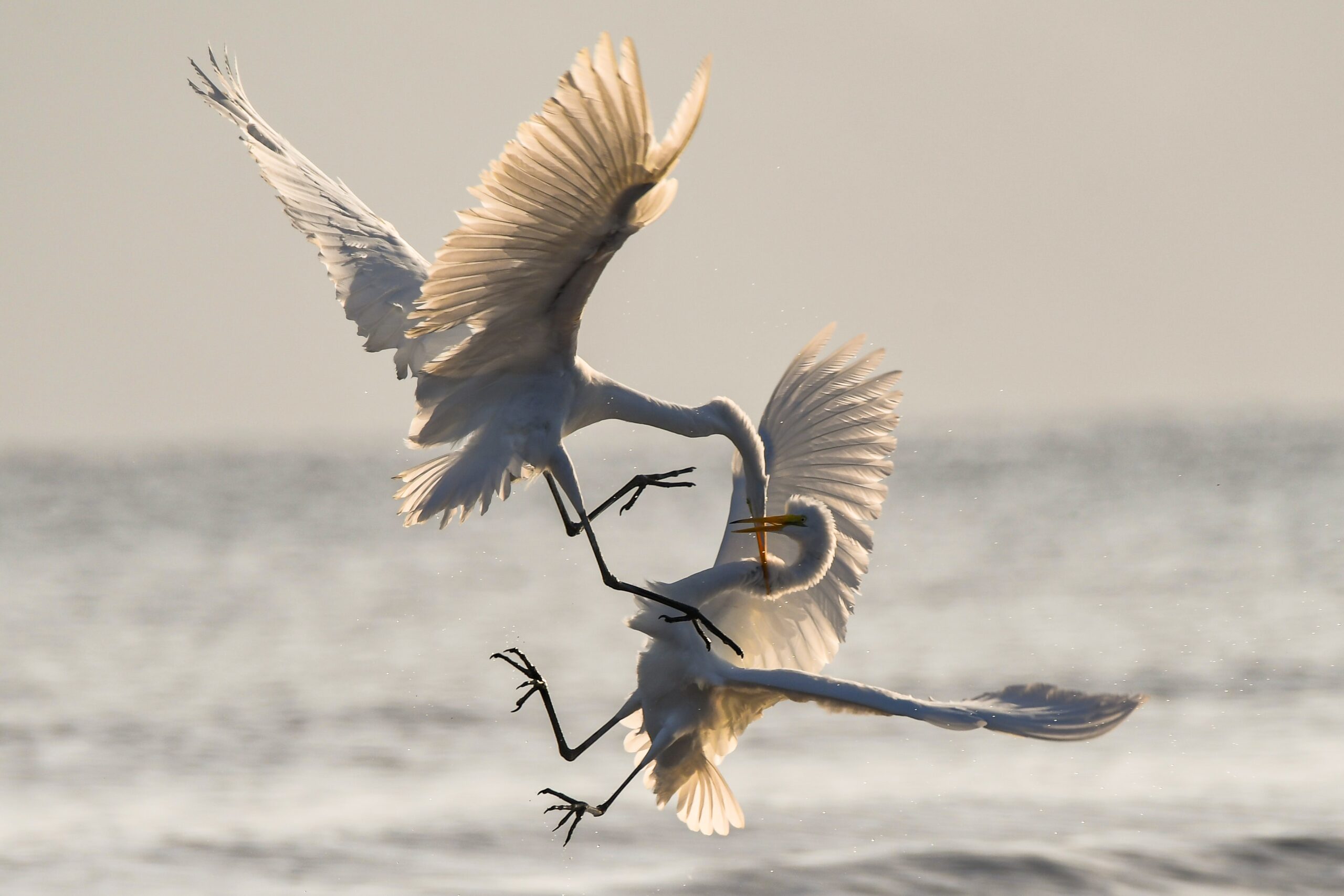 If you trust yourself, you will believe in yourself.
To put it the other way around, people who treat others badly can’t take good care of themselves.

In my work place, there are people who make negative comments.
Such people often complain, typically behind other people’s back.

I wonder if this is because of the Honne & Tatemae culture (本音と建前); meaning his private opinion and public stance.
Honestly speaking, their level of self-respect isn’t so high.

Let me introduce these commanding phrases by selfish people in Japanese:

a) I’ll use Taro-san to finish this office chores. [use]

b) I’ll dump these (tedious) tasks to Taro-san. [dump]

* These are direct translation. These verbs are not appropriate to say to people even in Japanese.

In most cases, selfish guys regard people who take trivial tasks to be on the lower rank.
Deep inside, it seems that they believe that they are superior to others.
Surprisingly, these guys are not even managers but ordinary workers in the business hierarchy.

Respect begets respect.
They might be unaware of this fact. How pathetic.

Is this for me? Daikoku-ten smile 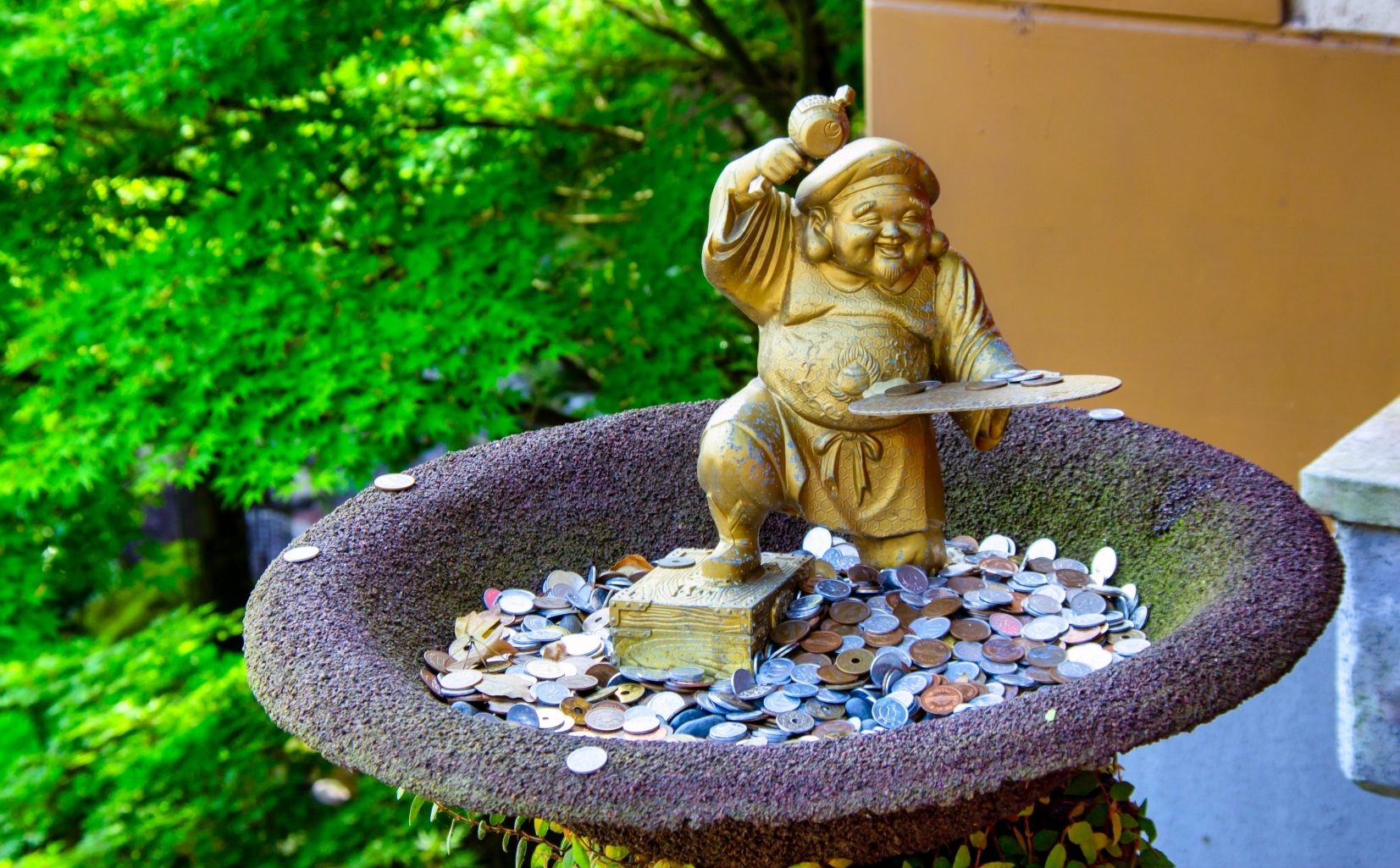 Let me share a story in my working place.

This was one of his favorite phrases.

He gave me pieces of advice about how to work when I was his subordinate.
He looked like “Daikoku-ten”, who is one of the gods in Seven Lucky Gods.
Moreover, he is the god of promotion and money.

Yes, he was watching like a hawk, waiting for its next prey.
His real purpose for giving me advice was because of the approach of his evaluation and next bonus.

As a whole, exploiters, people who want to take advantage, leave a nice first impression.
I found the same thing in the best seller book, “Give and Take: Why Helping Others Drives Our Success (by Adam Grant)” recently.
We need to watch out for fake people. They are lurking everywhere around us.

We must keep this in mind.
If a person genuinely cares for someone, the person doesn’t say “It’s for you! I’m saying this for you!”, instead, they can give actual help. 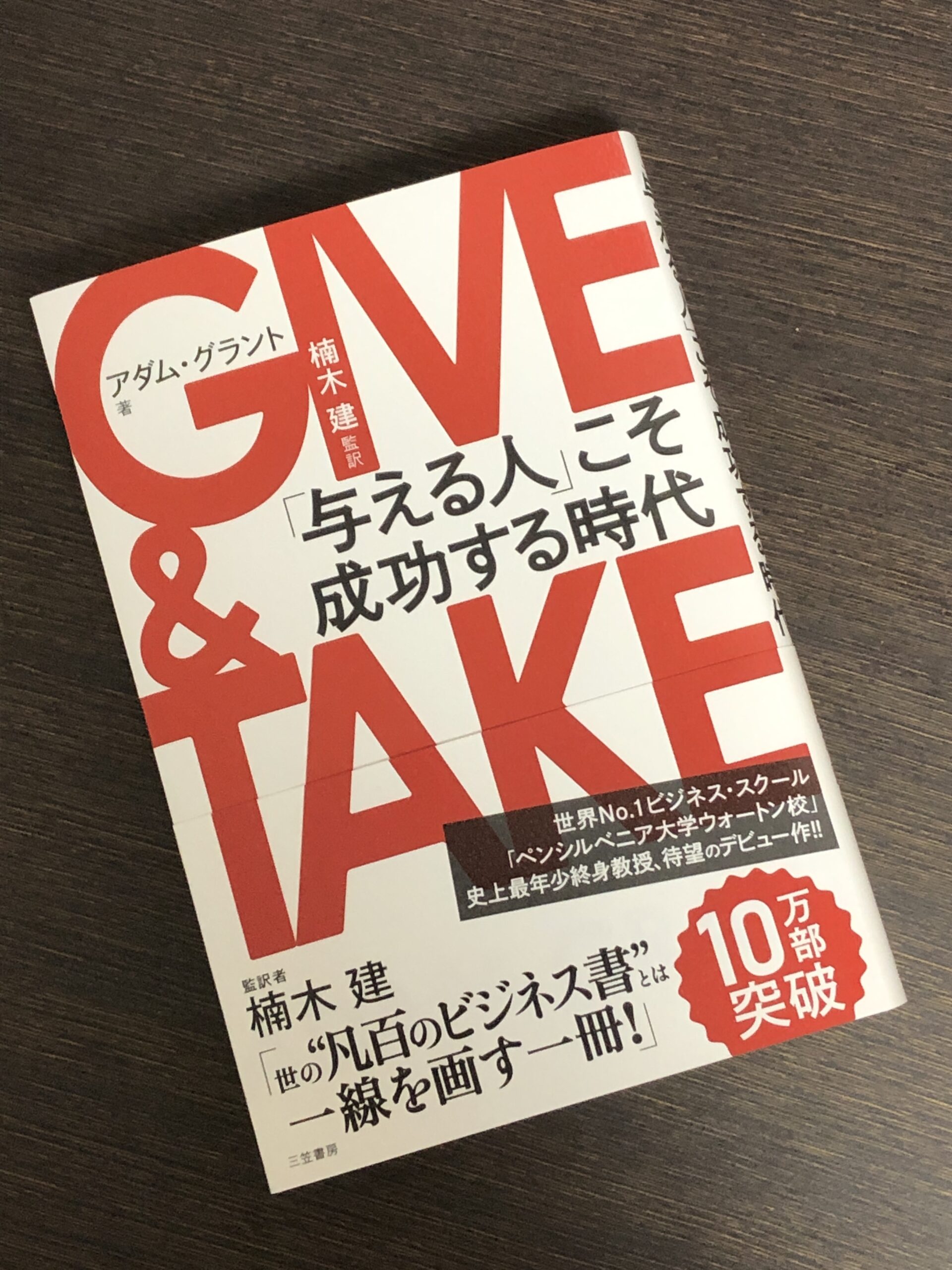 Give and Take: Why Helping Others Drives Our Success (by Adam Grant): Amazon Kindle (English)

It’s for me to put you on my control 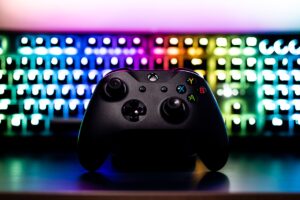 I knew the real answer after six months.

I want to put you on my control. That was the real objective to advise you.

I happened to hear a conversation with his colleague.
They whispered about next bonus.
I realized his real purpose to advise me a lot.

First, the main objective was to guide and train subordinates for their year end evaluation. In short, they want more money.

In Japanese society, which is featured as declining birthrate and aging population, there are less opportunities to guide young people.
Educating experience has much value now compared to 10 years ago because someone with more potential will take such a chance.
But, it feels like everything is falling into its proper place.

Second, it seems they wanted to show superiority over him.
He gave me a piece of advice and it was a concept he wanted to show in the coming presentation.

This idea is good. The next wave should be this concept.

In other words, he showed me how wonderful his new idea was.
Of course, my only reply was “This is a good idea.”

Then, the situation always ends up as if he’s passing me his idea.

You can proceed with MY idea. My hands are full.

Do you know what happens when an idea succeeds?
He always said conceitedly:

I was a “pawn” while he was the “player” on the board.
That means he is the only person who wins and gets evaluated.

Communication starts with your attitude to people 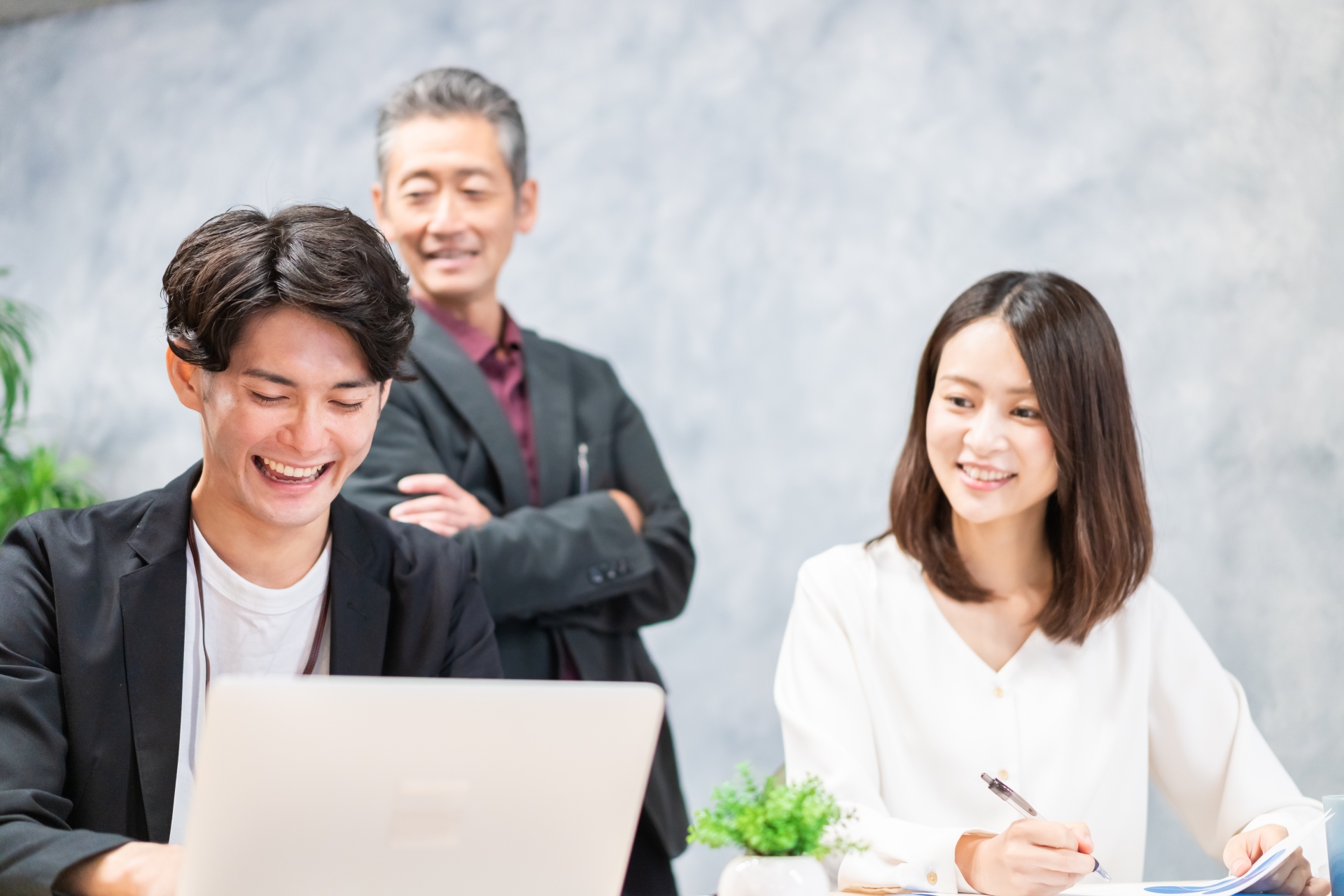 A person’s lack of self-confidence is evident from the words that are coming out of his mouth.
Because the guy often says “I know I can’t.”

Japanese people tend to be humble. This attitude is regarded as a classic virtue in Japan.
If you are the opposite type; high assertive, you need to remember this Japanese proverb.

“The nail that sticks out gets hammered down.” (Japanese proverb)

It might be quite surprising for people from other countries, but this is the real Japanese society.
The mindset of young people are gradually changed during these days, but unfortunately senior ones still have the attitude.

If a person has enough confidence, he doesn’t probably use aggressive words like, use, dump, or force toward people.
When he is treated like that, he might get super mad.
Someone who can’t imagine the opposite situation, the person wouldn’t be respected.

If you treat yourself distinctively, you can also treat people exquisitely.
It’s not until doing this that we can stand on the communication field.

That’s why communication starts with your attitude to people.

Topics of the day
~Tip#15~ If You Treat Yourself in a Good Manner, You Can Also Treat People in a Nice Way 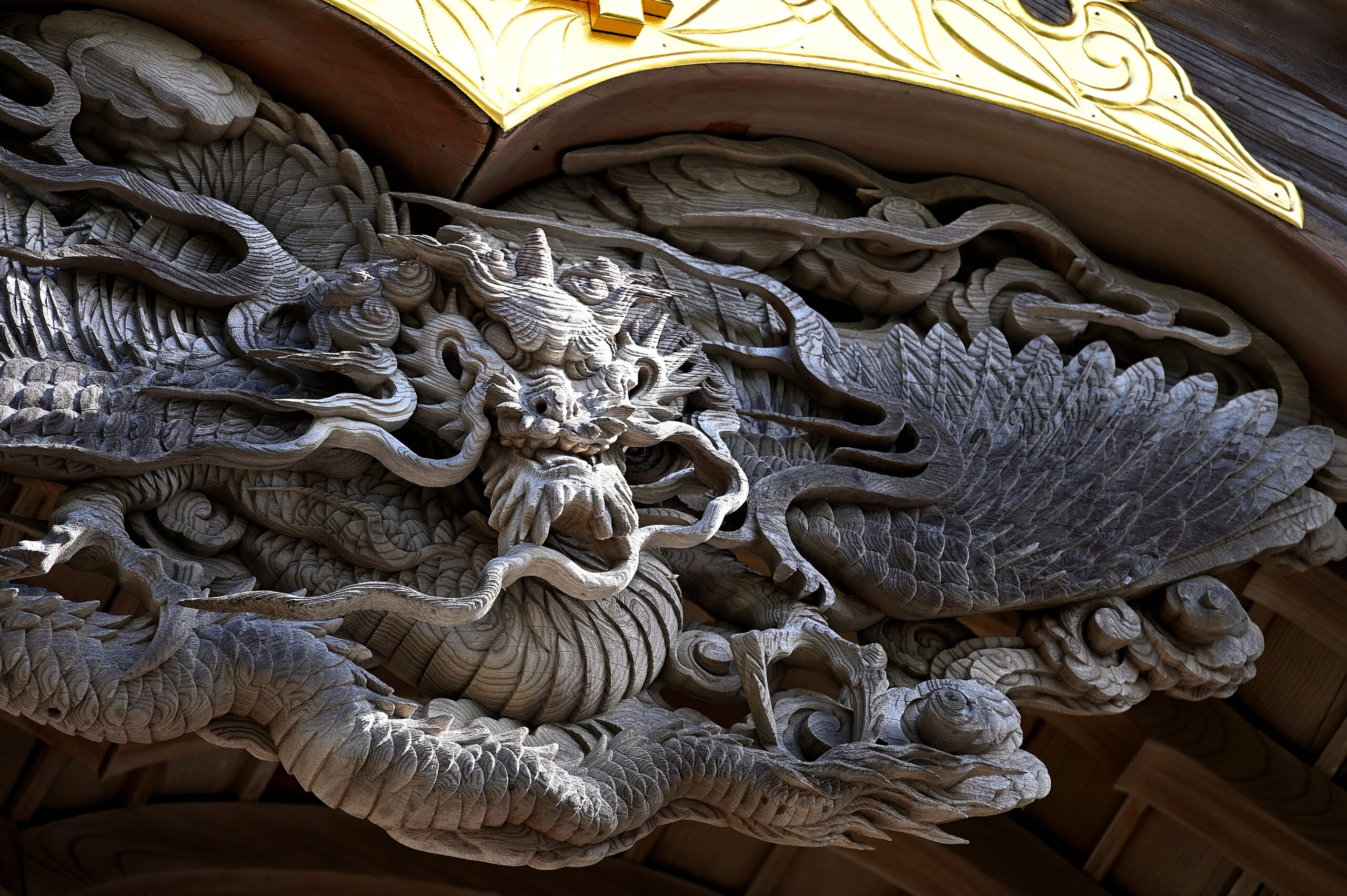 Working Means to Get Liberty &#…